Sunny San Pancho may not stand at the forefront of Mexican tourist hotspots, but once you've discovered the charm of this beautiful hideaway, you'll know why visitors continue to pour into the little seaside town. San Pancho is renowned for its incredible surf, which is ideal for serious wave riders and also provides great place for new adventure seekers to splash down. Christina Famiglietti recently highlighted some of the little-known beaches and surf locales that make San Pancho special. Here is some of what she had to say:

If you love to hit the waves, then this town is another great surfing spot in the Riviera Nayarit. Located along popular Banderas Bay on Mexico's Pacific Coast, this small town is more appealing to surfers because unlike other surf spots, San Pancho is still relatively undiscovered. That means no crowds, so you pretty much have the ocean to yourself. Even though it's relatively unknown, it's still easily accessible to tourists - only about a 45-minute drive north of Puerto Vallarta.

Read the entire article here, and be sure to speak to a knowledgeable Destination Expert if you'd like to find out more about planning a surf excursion to San Pancho.
Posted by Mexican Destinations at 9:35 AM No comments:

Avoid Money Hassles During Your Visit to Mexico

While visiting the sunny beaches and historical sites of Mexico, you're thinking about the outstanding food, the beautiful shorelines and which activities you're going to try next. But what do you do when the funding for your fun is stalled? Even a minor hiccup with your bank card can cause major pains and put the brakes on your travel adventures.

Recently Roma Luciw of The Globe and Mail wrote an excellent piece on protecting your travel budget and ensuring you have cash available when you need it. Here are just a few tips to follow to safeguard your spending cash and to make sure you don't have any money woes while abroad:

To read the complete article from The Globe and Mail, click here.
Posted by Mexican Destinations at 9:36 AM No comments: 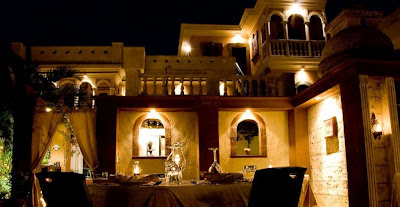 Punta Mita hotspot Casa Teresa Trattoria Italiana has closed its doors for their annual summer hiatus, but a new laid-back eatery has popped up in its place. Ricki's Grill is serving up a tantalizing selection of summer delights, from fresh seafood and pineapple to barbeque ribs. The Paparazzi Special, which can include steak, spaghetti or baby back ribs, is a highlight of the restaurants, and is not to be missed.

The owners, Nadia and Martin, are known to be one of the most colorful couples in town and their energy and vivacious style is embodied in the establishment's lively atmosphere. But be sure to catch Ricki's soon — this fun eatery is only open through the summer!

Read more about Ricki's here.
Posted by Mexican Destinations at 7:57 AM No comments:

Virtual Vallarta recently released their list of best eats in town. This annual collection of great Puerto Vallarta cafés, taquerías, ethnic cuisine and bakeries is selected by the readers of Virtual Vallarta and represents the absolute best the city has to offer. Among great restaurants and eateries, you'll also find the best places for:


See the complete list here.
Posted by Mexican Destinations at 7:50 AM No comments:

International Travelers Make Up for Flagging US Tourists

There's an interesting trend arising in travel to Mexico. The rise in negative press regarding border cities has caused a dip in American tourists traveling south, but international travelers have picked up the slack. In order to entice prospective travelers, the Mexico Tourism industry has offered a number of deals and special offers, and a number of foreign travelers have taken notice.

According to recent reports by the Washington Post and San Diego Red, interest for Mexico resort towns and historical sites has risen among a number of European countries, Brazil, Peru, Bolivia, and others. Mexican President Felipe Calderón has stated that he would like his country to reach the top five worldwide tourism destinations by 2020 (it is currently number 10).